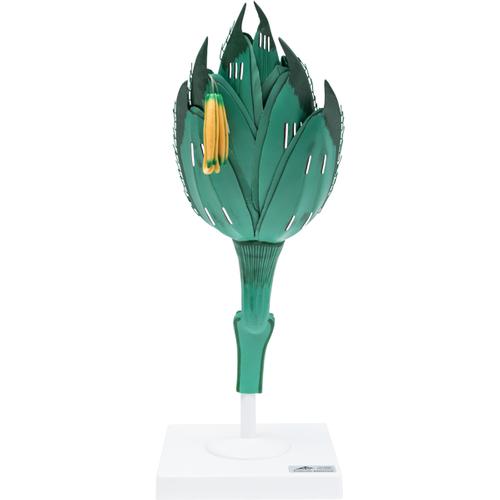 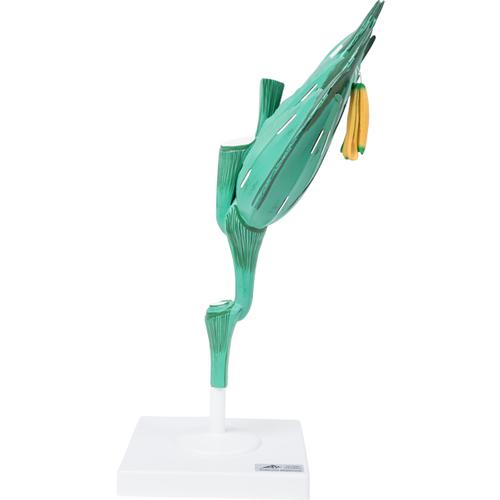 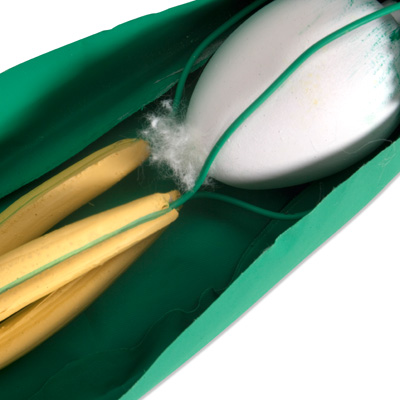 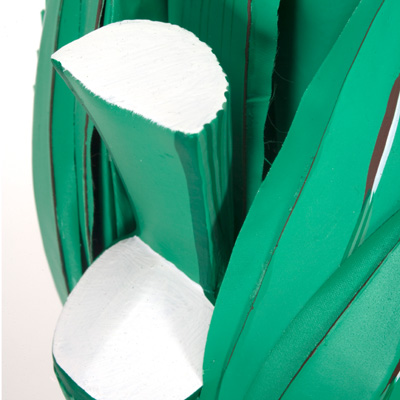 The narrow, sharp and parallel-running leaves are typical of monocotyledonous grasses. Flowers of most grasses are adapted for wind pollination. The spike is made of 2 or 3 flowered ears. The ears are covered by two glumellata, while the flowers are covered by stiff protective hairs called awnes. In some species like barley, the awns can contribute significantly to photosynthesis. There are three stamina and a pistil with a large surface area. As the flower matures the stamina protrude from the center glumella and prostrate. The individual ears can be separated for a detailed view of the immature stamen and pistil. Global wheat production for 2008-09 is projected at a record 656 million tons, up 8 percent from 2007-08, making it a very important plant to study for global food consumption.

Cherry Blossom with Fruit (Prunus avium) Model
$ 366.00
by 3B Scientific